We are open! We have implemented protocols that can be viewed here.
If you have any eye health or contact lens concerns please call the office. We are also offering telemedicine appointments.

MacuHealth is a supplement specially formulated for the prevention of Macular Degeneration vision loss. Unlike most other vitamins and nutritional supplements on the market today, which are not universally accepted to work or experts argue about what the exact benefits are, MacuHealth is one of the most highly regarded supplements available because it has been extensively researched by leading global eye research institutions.

It is prescribed by optometrists and ophthalmologists worldwide because of its unquestioned effectiveness, both as a prevention of future vision loss from macular degeneration, as well as for patients with macular degeneration to slow down the progression. MacuHealth is an affordable way to prevent the leading cause of vision loss in Americans over the age of 60. 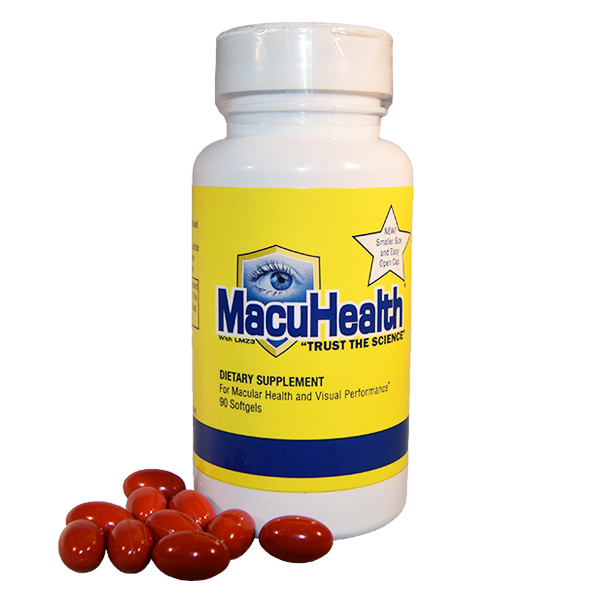 What is in MacuHealth?

MacuHealth is comprised of the right combination of vital pigments found in the macula of the eye and is the only dietary supplement containing all three critical nutrients which are:

When the macula of the eye is deficient in the three nutrients that provide the correct pigments for it, it can lead to permanent vision loss with macular degeneration. Consistent use of MacuHealth over a six month period has been shown in clinical trials to restore the pigment of the macula to normal levels in just six months.

Results of the study shown that supplementation with the macular carotenoids (meso-zeaxanthin, lutein and zeaxanthin) benefits patients with Alzheimer’s disease, in terms of clinically meaningful improvements in visual function and in terms of macular pigment augmentation. Read more about the study here.

Whether you are a patient of Dr. Schwartz or you are looking for an eye doctor that offers a thorough comprehensive eye exam that covers all aspects of your eye health, we welcome you to our practice.

We see patients from Hartsdale, Scarsdale, Ardsley, White Plains and all over Westchester County.