We are open! we have implemented new protocols that can be viewed here.
If you have any eye health or contact lens concerns please call the office. We are also offering telemedicine appointments.

A lens treatment is a special additive that either bonds with the lens, or is built into the lens during the lens manufacturing process. Lens treatments are available as individual additions to lenses, and are also commonly bundled into single lens products for convenience and maximum benefit to your eyes.

More comfort. Better vision. Reduced glare from oncoming headlights. Greater cosmetic appeal. It might be hard to believe, but anti-reflective lenses can provide all of these benefits—as an add-on for any number of lens products. The same technology used to provide anti-reflective benefits to precision lenses in microscopes and cameras, is now available to enhance your healthy sight.

An anti-reflective treatment applied on the front and the back of prescription lenses greatly reduces the light reflected by the lens surfaces. As a result, your eyes appear clearer behind the lenses, vision is more defined, and glare from reflected objects—especially headlights at night—is virtually eliminated. Plus, if you have a high-powered “strong” prescription, anti-reflective coating makes your eyes appear more natural.

Carefully calibrated layers of metal oxides are applied to the front and the back of the lenses. Each of these layers is designed to block reflected light. That includes glare, annoying reflections, and the hazy “halos” you often see around lights at night.

Take special care to use only the cleaning agents recommended by your eye care professional, as anti-reflective treatments are delicate by design. They work well for sunglasses too—but as a general rule should only be applied to the back side of the lens to eliminate glare reflected around the sides of the frame.

No matter what your particular need, there’s probably a specialty lens designed for you.

For example, a specialty lens that is becoming increasingly useful is designed for computer users. Computer lenses have “windows” designed for viewing your computer screen, documents on your desk, the keyboard, and near objects for reading.

The lenses are designed to reduce Computer Vision Syndrome, or CVS, which is characterized by headaches, eye strain, neck and back aches, dry eyes, blurred vision, and double vision. 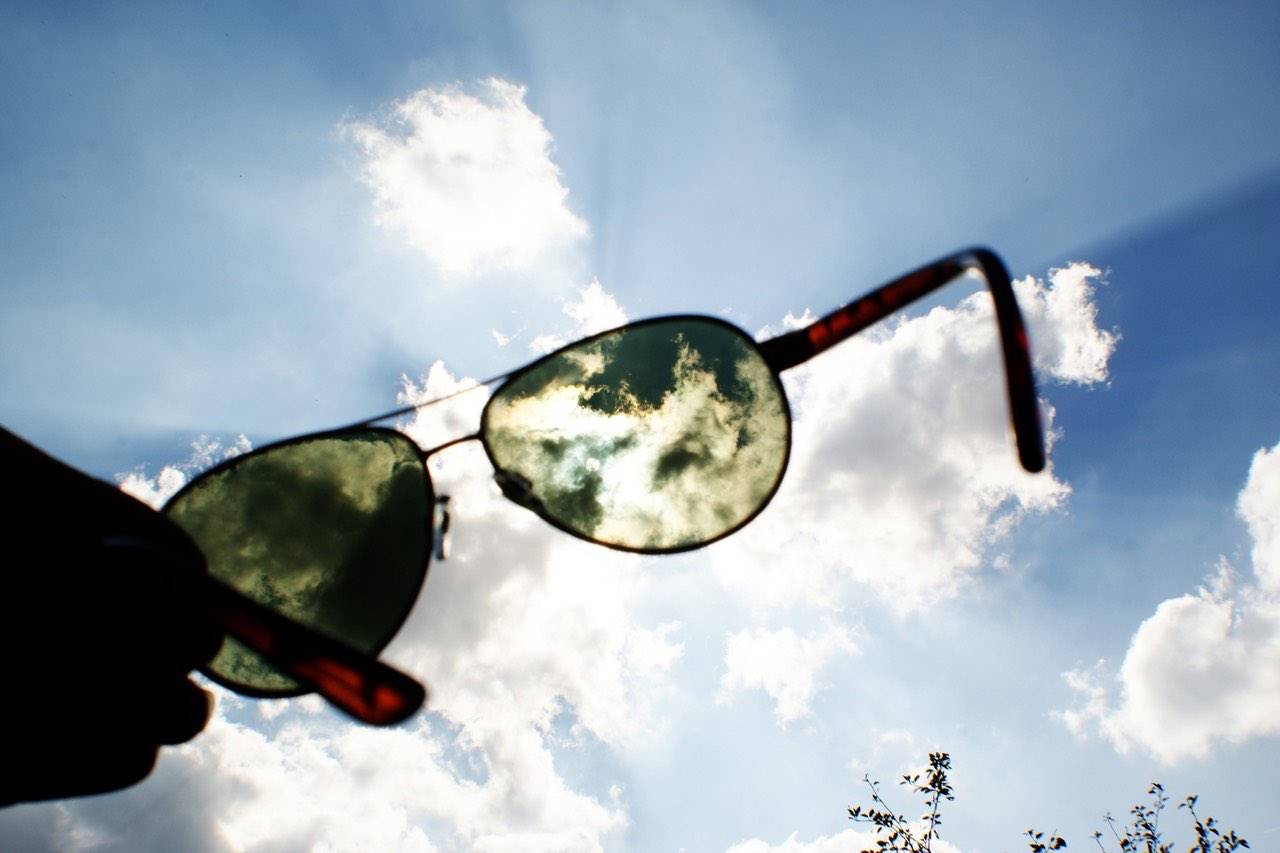 Most glare comes from horizontal surfaces, so the light is “horizontally polarized.” Polarized lenses feature vertically-oriented “polarizers.” These polarizers block the horizontally-polarized light. The result is a glare-reduced view of the world. Polarized lenses can make a world of difference for any outdoor enthusiast. Fishermen can eliminate bright reflections from the water and actually see into the water more easily than with any other sunglasses. Golfers can see the green easier, and joggers and bikers can enjoy reduced glare from the road. In addition, drivers can enjoy the safety and comfort that polarized lenses provide while driving. 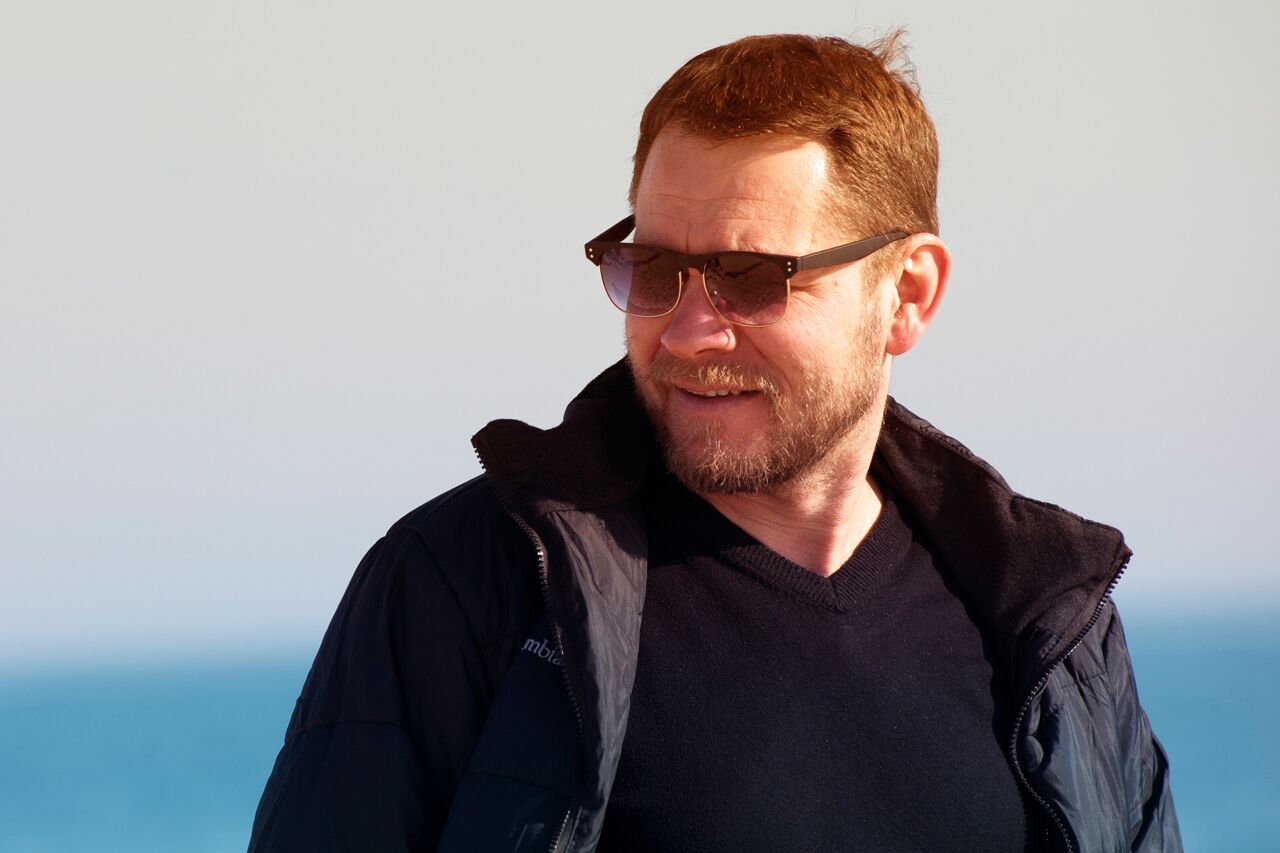 If you’ve ever felt frustrated at needing prescription glasses and prescription sunglasses to accommodate an outdoor lifestyle, you should consider photochromic lenses. Photochromic lenses darken when exposed to UV rays. The change is caused by photochromic molecules that are found throughout the lens or in a coating on the front of the lens. When the wearer goes outside, the lenses darken or tint. When the wearer goes back inside, the glasses become clear.

There are a variety of photochromic options available, with choices in color and darkness of tint. One consideration with photochromic lenses is that they do not darken fully when driving in a car because the windshield absorbs most of the UV light needed to activate the tint. 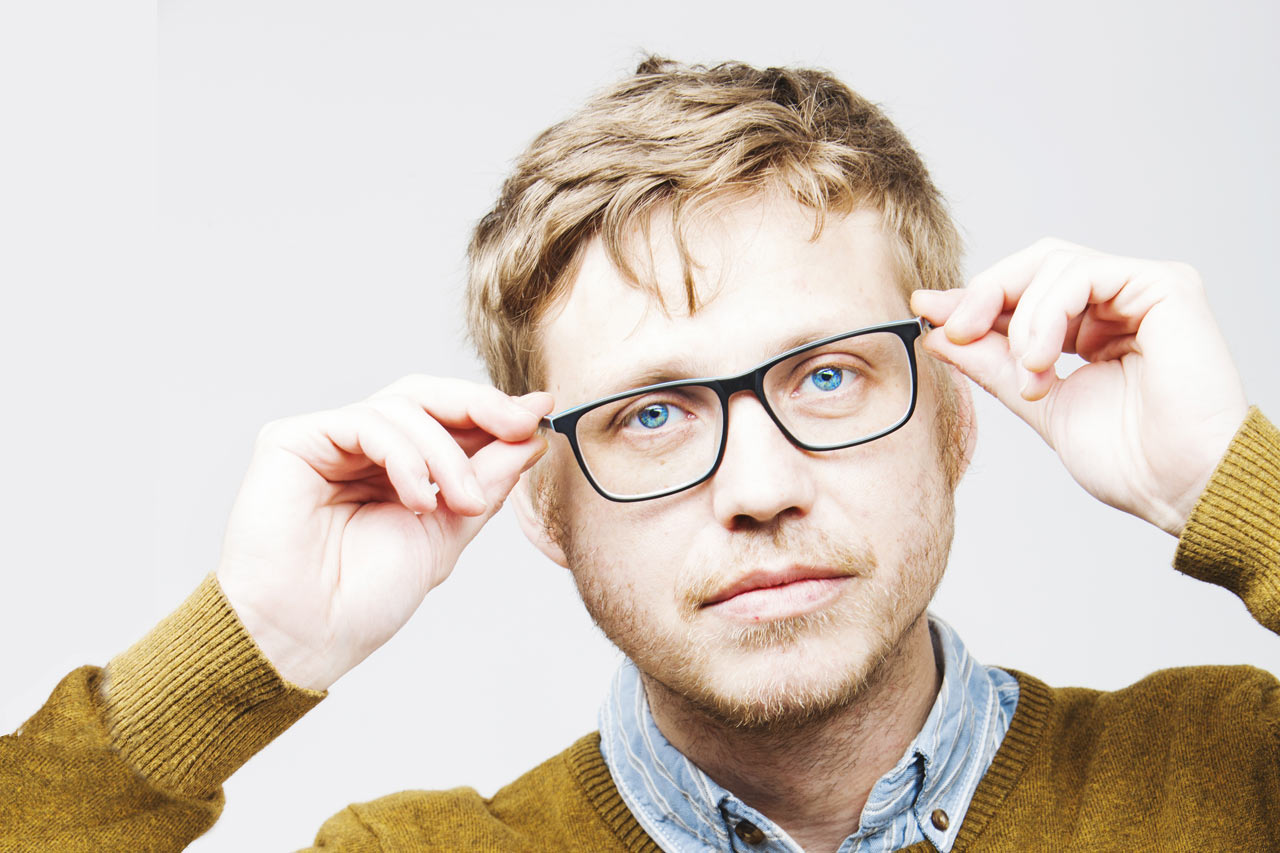 One of the main problems with bifocal and trifocal lenses is the problem of eye fatigue. It is difficult to switch from one focusing power to another. It can make your eyes tired, and it can even lead to a headache, sore neck and sore back.

An improvement in multifocal design is called a progressive lens. Progressives provide a smooth transition from focusing on nearby to focusing on distant objects because they do not have a distinct line which separates the focusing powers. Instead, a gradual change in power allows the wearer to focus on objects at all distances. Distant objects are viewed through the upper portion of the lens, while near objects are viewed through the middle or lower portion of the lens. These are also great for some computer use.

Eyeglasses can be a stylish accessory, a part of your personality, or a way for you to be different. There are a variety of frames to choose from, but you may not know that there are a variety of ways to improve the appearance of the lenses, too. Cosmetic tints are available. These tints offer a variety of colors and shades. You can choose light blue or any color under the rainbow. Some lenses are clear at the bottom and gradually get more colored towards the top of the lenses. There are many ways to adjust your lenses to whatever style suits your personality. Some tints are also functional.

Years ago, the only materials available for lenses were glass and a hard resin called CR-39. More recently, high index lenses have become available. High index materials are named because they have a higher index of light refraction. Basically, they can do the same job that glass or CR-39 does, but high index lenses are much thinner and lighter. With high index lenses, you can avoid having “soda bottle” lenses.

When speaking about high index lenses, you may hear many unfamiliar numbers and terms. Here are a few things to remember. 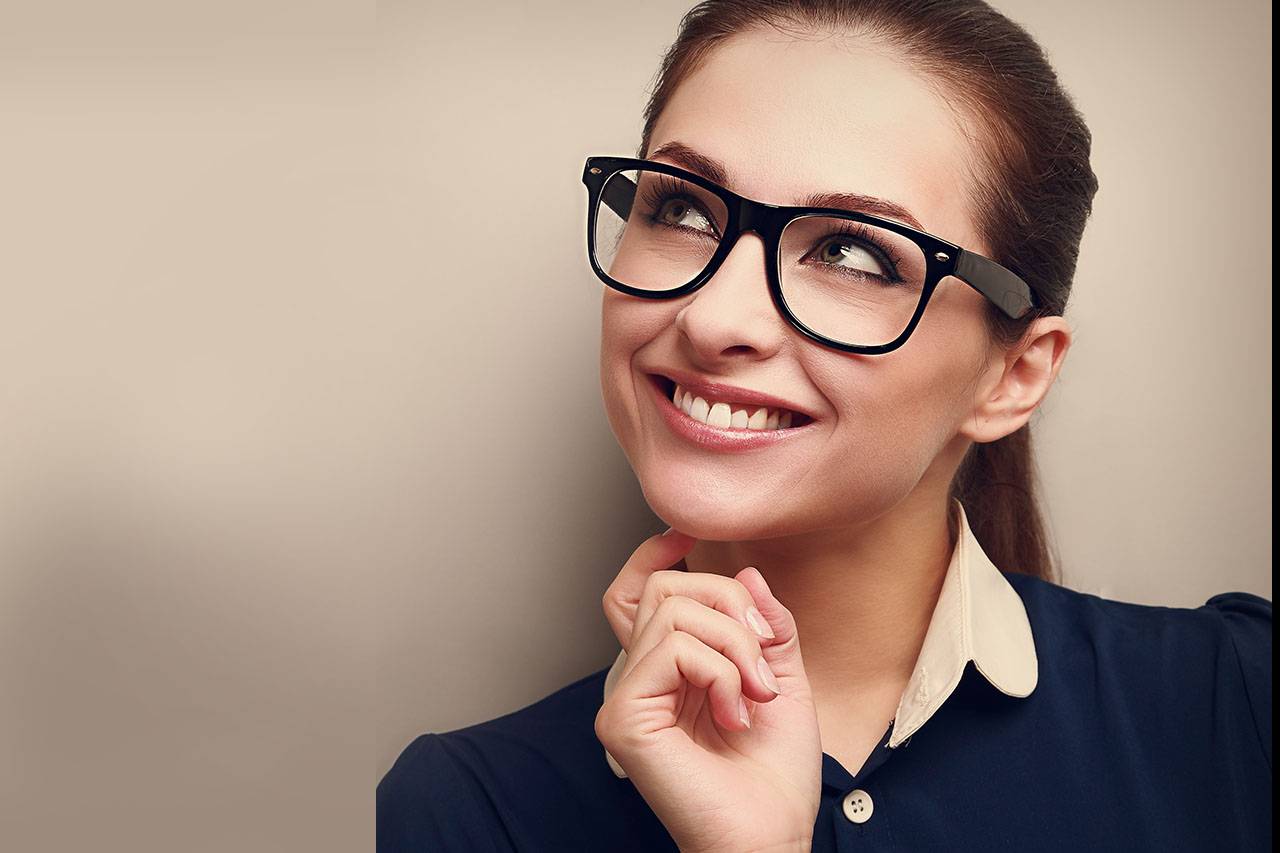 There’s no such thing as scratch-proof lenses. (Even glass lenses can be scratched!) Scratches, while not likely to affect your lens performance, are an annoyance that can interfere with clear vision. That’s why you should always request scratch resistant lenses (treatment) for your eyeglass lenses.Many of today’s lens products have hard scratch-resistant protection built into the lens—a hard surface treatment that is specifically designed to resist scratches. But it’s not an automatic feature! Be sure to discuss scratch resistant glasses options with your eye care professional.We put our glasses through a lot from day to day—and our children, even more so. Scratch resistant lenses can go a long way toward minimizing the everyday wear and tear we put on our eyewear.

There is no shortage of information about ultraviolet rays (UV) and how prolonged, unprotected exposure to UV can lead to skin damage. It’s why we wear sunscreen when we’re in the sun for extended periods of time. Sunscreens offer various degrees of UV protection by filtering out or “blocking” the harmful, invisible UVA and UVB wavelengths of light.

But did you know the same, serious approach to protecting your skin also applies to your eyes?

For many people, different lenses are needed for seeing at different distances. Bifocal lenses allow the wearer to look through two areas of the lens. One area focuses on distant objects, the other is used for reading. A little-known fact is that bifocals were invented by Benjamin Franklin, and his style of bifocals are still available today.

Most of the time the “reading” area is smaller, shaped like a sideways “D”, and found in the lower hemisphere of the lens. These bifocals are called lined bifocals or flat-tops. If you are focusing on distant objects, you look through the top half of the lenses. To read a book, magazine, or newspaper, you look through the “reading” area. The Franklin style lenses are less common, and are split horizontally down the middle of each lens. One thing that can be difficult about using bifocals is dealing with the line between the two vision areas. Fortunately, recent technologies have developed a new type of lens, called the no-line, or progressive lens.

Bifocals allow the wearer to read through one area of the lens, and to focus on distant objects through another area of the lens. As the eyes age, though, a stronger prescription is needed to read. As the bifocal power increases, the range of focus with it becomes more shallow, making it difficult to focus on objects at intermediate distances, such as grocery items on a shelf or your speedometer. Thus, trifocals are necessary for a third prescription for intermediate focusing.

Trifocals, also known as lined trifocals, feature three areas of focusing power, each separated from the other by a distinct line. The three windows allow for focusing on distant objects, intermediately distanced objects, and for reading. The downside of trifocals is dealing with the lines between the different focusing powers. The advantage of this design is that the intermediate and near sections are wider than those created in progressive lenses.